Tower of the sun 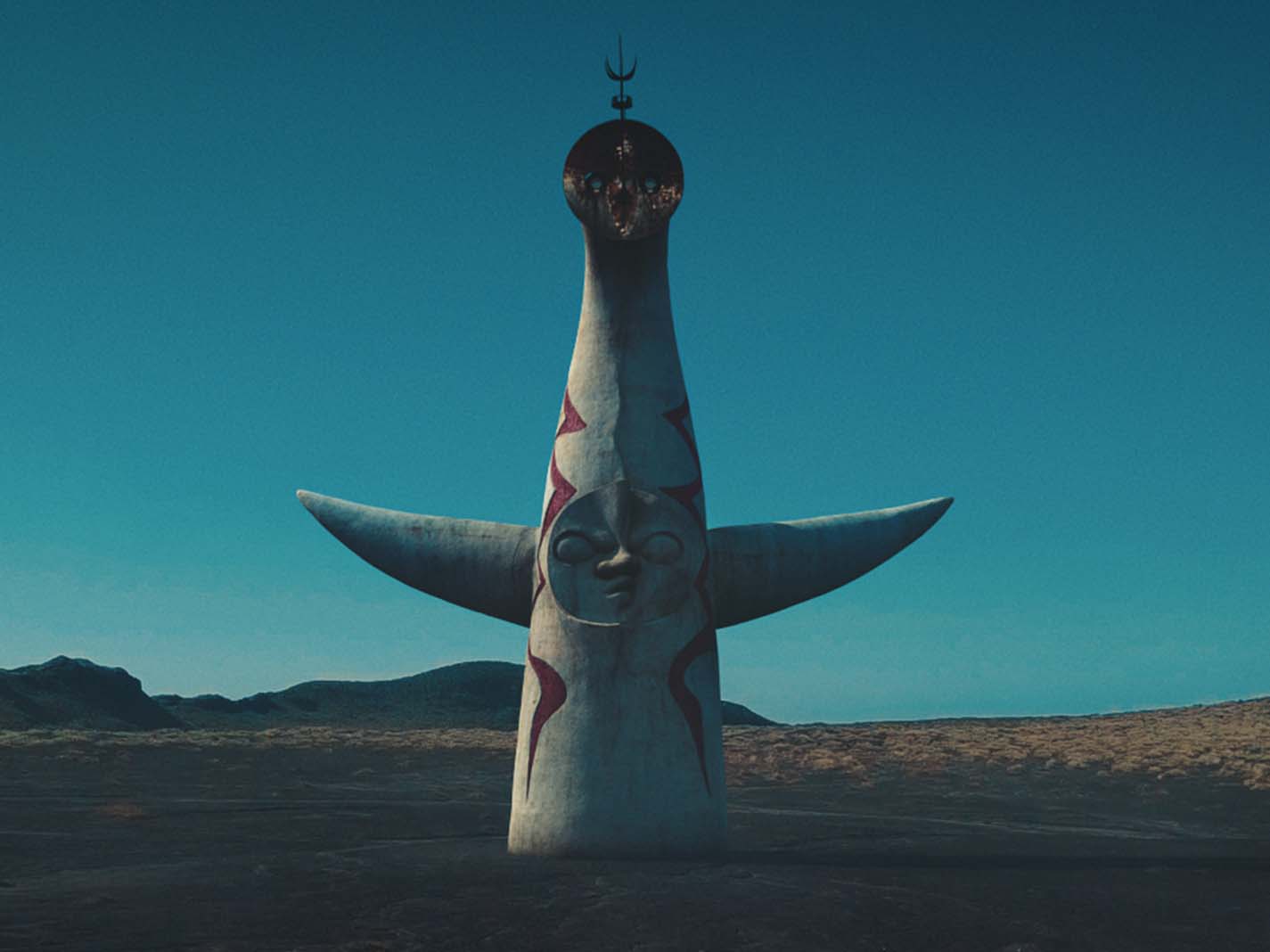 Delivery deadline
There is no plan to end the distribution.

We have two barrier-free videos available for your viewing pleasure. Please switch between the tabs to view them.

Barrier-free Japanese subtitles + audio guide: Subtitles with text of main sound information such as music and sound effects in addition to the spoken words and speaker’s name, and audio narration of visual information such as scenes and movements of people for people who are blind or have difficulty seeing.

Barrier-free Japanese subtitles: Subtitles that include the spoken words and the name of the speaker, as well as music, sound effects, and other main sound information in written form.

Filmmaker and film director. With his cross-cultural storytelling and contemplative visual style, he has directed and produced a wide range of video works in a variety of genres, including feature films, short films, commercials, music videos, and art installation works.

He was born in Tokyo to parents who were both plastic artists. During a short study abroad program in the U.S. while enrolled in the Philosophy Department at Sophia University, he became interested in photography and decided to pursue filmmaking. After graduation, she began working as a production assistant at an advertising video production company in 2000.

In 2005, he released his first short film, RIGHT PLACE, which won the Best Foreign Film Award at the New York Short Film Festival, among other awards. The following year, together with a trailer he directed for the Raindance Film Festival in the UK, he won the top prize in three categories, including the Grand Prix, at the Cannes Advertising Festival’s Young Director’s Awards, and was ranked number one in the world for new directors by the British magazine SHOTS.

After going independent in 2008, he directed many short films, commercials, and music videos both in Japan and abroad, gaining international recognition, and joined Stink, a video production company based in several cities around the world. His work on Honda’s Ayrton Senna 1989 won the Grand Prix in the Titanium category at the Cannes Advertising Festival in 2014, making it the world’s most awarded advertising film of the same year.

In 2018, he directed and wrote his first feature film, “Just for Being Alive, Love. (based on a novel by Yukiko Motoya) was released. The film, which depicts the struggles experienced by a woman with hypersomnia, won the Kaneto Shindo Silver Prize for New Directors and the Jury Prize at the Kinotayo Film Festival in France. This film, “Tower of the Sun,” was also released in theaters.

He is currently directing a variety of videos, including feature films, while also continuing his creative work with the social art production group “NOddIN,” releasing works on themes such as nuclear power, anti-war, and refugee issues. He is the co-founder of the video production company NION.